Round led by Josh Buckley, Todd Goldberg and Rahul Vohra with participation from Fifth Wall, JBV Capital, and Aleph VC

LOS ALTOS, CA (April 27, 2021) —Placer.ai, the leader in location analytics and foot traffic data, announced today the close of a $50M Series B funding round. The round was led by Josh Buckley, Todd Goldberg and Rahul Vohra, with participation from Fifth Wall, JBV Capital and Aleph VC. The funding will be used to grow the company’s R&D, expand sales and marketing teams, introduce additional reports and data sets, and grow the recently announced marketplace.

Since launching in November 2019, Placer.ai has been adopted by over 500 customers including industry leaders in Commercial Real Estate and Retail like  JLL, Brixmor, Taubman, Planet Fitness, and Dollar General. Yet, the recent upheaval caused by COVID led to widespread adoption among a series of new categories including Hedge Funds and CPG leaders.

“As a business deeply rooted in offline retail, we expected COVID to present a unique challenge. Yet, adoption actually increased as a result of our ability to introduce certainty into such an uncertain environment. The result has been a clearer and deeper understanding by the market of the absolute imperative of location data to improve the decision-making process,” said Placer.ai CEO and Co-Founder Noam Ben-Zvi.

“But our current offering is just the beginning, and we are fully focused on expanding the capabilities both through the development of a range of new features and tools, and the integration of a wide range of data sets through our marketplace. Placer.ai is rapidly becoming the market intelligence platform for anyone with a stake in the physical world.”

In the last year, Placer.ai continued to expand its presence in core markets like Commercial Real Estate, Retail, Municipal governments, and Hospitality while advancing into new segments like CPG and Hedge Funds. The result has been growing market adoption and an increasingly large and diverse reach.

“Fifth Wall has some of the largest owners and operators of real estate as our limited partners and several were customers of Placer.ai, giving us a unique perspective on the company’s growth and potential. We saw firsthand the impact that the data is already having in reimagining the way business is done in retail and real estate broadly,” said Kevin Campos, Partner on the Retail & Consumer Investment team at Fifth Wall. “Yet, what’s even more exciting is that we’re still only seeing a piece of the puzzle and know that there are so many other sectors where the data can be applied. We’re thrilled to help grow and execute this vision alongside this exceptional team.”

“Placer allows businesses that operate offline to make data-driven decisions, fundamentally improving the way they operate. This is the same type of tooling that online businesses have used to grow, moving from hunches to definitive answers,” said Josh Buckley. “I’m excited to be partnering with the company’s next phase of growth and product development.”

“Our journey with Placer.ai started at the very beginning as one of the company’s first beta customers. Seeing the disruptive power of the product up close, the speed at which the company developed new features, and the tremendous traction they achieved in the marketplace led us to invest less than a year later and in every round since,” said Sandy Sigal, CEO of NewMark Merrill Companies, an owner and developer of over 80 shopping centers and Chairman of BrightStreet Ventures, their venture capital arm. “Several years later, the customer growth, their ongoing product development, and the continuing value they have brought to our organization has only deepened our conviction and makes continued support a no-brainer for us.” 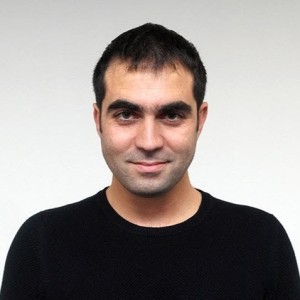 The Retail Recovery - A Marketing Perspective

In this webinar, we’ll focus on the future of retail and the current recovery from a marketing perspective. What’s changed, what’s stayed the same, and how can you get ahead?